Get to a know a zone! Rogue Clockworks.

To the East of Klick was the home of a foggy, dark place known as Rogue Clockworks. It is the farthest Northeastern point on the main continent. There are two primary spots of interest within the zone. 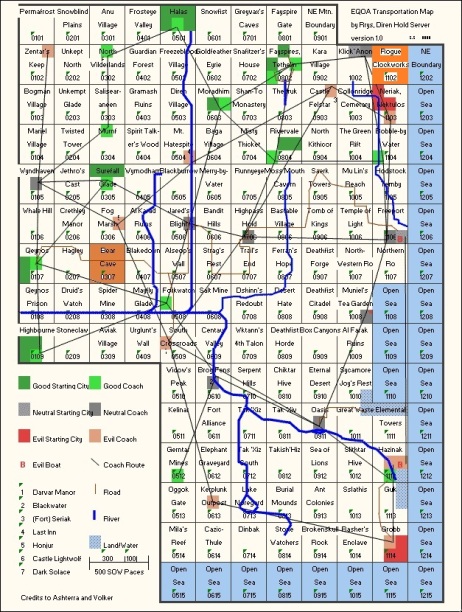 First was the main clockwork camp, home to DeidreIV and several other gnome quest mobs. On the outside of the main camp were tens of level 10-19, very high agro mobs that would come out of the woodwork to hunt you down. If you were within agro level of any of them, within seconds you would be in the middle of a mechanical gang rape. In this area there were also green goo mobs that were added later in the game. I believe this was for a hunt and gather quest but my memory isn’t 100% accurate on what these were added to accomplish.

The main camp had higher mobs, ranging from 16-22 and most of these were where questing gnomes would find their 13, 15, and 20 quest mobs for various parts of their adventure.

The second part of the zone was a pirate camp that was for either Elf or Dark Elf quests. (Check out the map I found in a Google search!) If you ran through the clockwork camp, you would eventually see the ocean. There was a small road that headed north into a pirate camp. There were two separate quest mobs there, first being pirate thieves and the other being a pirate captain. I believe once of these was for a 15 quest while the other was for a 20 quest. This pirate camp was the farthest north camp on the Eastern coast.

In its early days, it was a great XP spot for young gnomes however as the game aged, it became a rarely visited spot. In my later playing days, I actually spent a lot of time here because you could easily powerlevel from 10-20 due to the mass amount of high agro mobs. I’m struggling to find any good screencaps of the zone, so if you have some please link them in the comments and share any memories you might have had about Rogue Clockworks!

EQOA blogger
View all posts by Stonee →
This entry was posted in EQOA, Video Games. Bookmark the permalink.

2 Responses to Get to a know a zone! Rogue Clockworks.